"Not Enough But Too Much: The Terror of Information"

The Wright Center hosts Russ Castronovo, Tom Paine Professor of English, Director of the Center for the Humanities at UW-Madison and Author 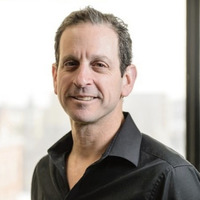 The more information, the better: computer algorithms, sophisticated probabilistic analysis, and the exponential increase in global information storage capacity in the digital age have stretched this pursuit to an unimaginable extent. The volume of information places an infinite amount of data within reach of our keyboards, but the superabundance of information also stokes affective unease.   That unease suggests that security is not just a policy issue:  security is fundamentally an aesthetic matter that spurs feelings of vulnerability and, above all, insecurity.  The unstoppable flood of information takes on sublime dimensions, dwarfing citizens' capabilities.  While this scenario is especially suited to our contemporary moment, it's also one that has precedents in the American gothic novel of the eighteenth century.  By setting up a conversation between our current predicament and earlier histories, this talk explores routes for scaling (and hopefully understanding) this seemingly insurmountable problem.

Russ Castronovo is Tom Paine Professor of English and Director of the Center for the Humanities at UW-Madison where he teaches courses on American literature, political theory, and popular culture.  His most recent book, American Insecurity and the Origins of Vulnerability is forthcoming later this year from Princeton University Press.  He is also the author and editor of 9 other books, including Propaganda 1776:  Secrets, Leaks, and Revolutionary Communications in Early America (2014); Beautiful Democracy:  Aesthetics and the Anarchy of Global Culture (2007); Necro Citizenship:  Death, Eroticism, and the Public Sphere in the Nineteenth-Century-United States (2001); Fathering the Nation:  American Genealogies of Slavery and Freedom (1995).  His articles have appeared in such journals as Critical Inquiry, boundary 2, American Literature, PMLA, New Literary History, and American Literary History.  He also writes for public audiences more broadly, most recently for Public Books with an essay on "Homeland Security Theater."  He is the recipient of the Chancellor's Distinguished Teaching Award and the University of Wisconsin system-wide teaching award.