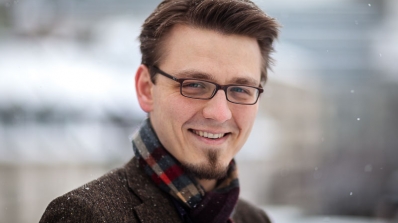 A new theory based on the physics of cloud formation and neutron scattering could help animators create more lifelike movies, according to a Dartmouth-led study. Software developed using the technique focuses on how light interacts with microscopic particles to develop computer-generated images.

The work was conduced by Dartmouth's Visual Computing Laboratory in collaboration with researchers from Pixar, Disney Research, ETH Zurich and Cornell University. A research paper detailing the advancement was just published in the journal Transactions on Graphics and will be presented at SIGGRAPH Asia by Dartmouth CS PhD student Benedikt Bitterli tomorrow, December 6 in Tokyo, Japan.

Watch the quick "fast forward" video below that summarizes the technique:

Full technical details of the study can be found here.

You can also read related stories at various news venues:

You can check out the initial press release at AAAS, or continue reading below:

Objects like clouds contain billions of individual water droplets that are not practical to plot in computer graphics for movie scenes. As a result, current techniques only allow artists to specify the density of particles in each part of a cloud to define its shape and appearance. Existing systems do not allow any control over how the particles are actually arranged with respect to one another.

"By only controlling the density, current techniques basically assume that the particles are arranged randomly, without any interdependence," said Wojciech Jarosz, an assistant professor of computer science at Dartmouth College who oversaw the research. "But this limitation can have a dramatic effect on the final appearance."

In reality, particles are not always randomly arranged. They can clump together or spread evenly apart, depending on the type of material. Understanding how particles are arranged and how light interacts with them provides a variety of new artistic options for moviemakers.

"There is a whole range of dramatically different appearances that artists just couldn't explore until now," said Jarosz. "Previously, artists basically had one control that could affect the appearance of a cloud. Now it's possible to explore a vastly richer palette of possibilities, a change that is as dynamic as the transition from black-and-white images to color."

Ordinarily, a graph modelling how photons move through a material with independently arranged particles appears as an even, "exponential" curve indicating light evenly dropping off as it travels. When particles clump together, like in a cloud, photons survive longer distances on average, resulting in a curve with a longer tail.

Not only is the result exciting in mathematical models, the team programmed the finding into software that will allow artists to create a wider variety of looks by customizing how light travels through "volumetric materials" like clouds, fog, mist, a marble statue, or our own skin.

Importantly, the creative result will also be a more accurate depiction of real-world physics. The breakthrough allows artists to maintain a realistic result while responding to creative direction by effectively "steering" the physics to achieve particular artistic effects.

"There is an interesting interaction between art and science when you are creating animated films," said Benedikt Bitterli, a PhD student at Dartmouth who co-authored the research paper. "You're doing this physics simulation, but the people using it are not physicists. We are creating software and simulations for use by artists."

To tackle the problem of understanding how particles organize themselves, the research team turned to atmospheric sciences and neutron transport. In those research fields, knowing the arrangement of water droplets or reactor material has important implications for studying climate change and keeping nuclear reactors safe.

While researchers have been looking to overcome the challenge of particle arrangement for some time, no set of equations had yet been developed that solves the problem in a general way.

"This wasn't simply a matter of taking techniques from other research areas and using them for generating pretty pictures with computer graphics," said Bitterli, who will present the work at SIGGRAPH Asia. "Getting the physics equations to work properly was a new and extraordinarily difficult challenge."

The research team also applied the technique to solid objects like marble statues where some light reflects off the surface, but some also travels through the material, leading to its translucent appearance. The new technique allows artists to change the way light interacts with the objects but without changing the density.

The Dartmouth-led research comes after a recent study from University of Zaragoza that looked at similar problems but that focused only on objects with uniform density. Both studies come as more powerful computers and software innovations have spurred film studios to develop more sophisticated techniques based on the physical world.