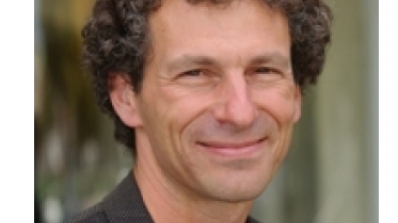 The Myth and Magic of Generating New Ideas

Dan Rockmore ponders how we generate new ideas in this article for The New Yorker.

Where do ideas come from? That’s a big question. Here’s a smaller one: Where do mathematical ideas come from? I’ve wondered about this from the time I first contemplated being a mathematician until long after I officially became one.

My earliest memory of anything like a mathematical idea comes from a childhood walk with my dad. We left the house and made our way toward downtown Metuchen, the tiny town in central Jersey where I grew up, to a little luncheonette called the Corner Confectionery. I can still picture it: the rack of newspapers, magazines, and comic books; the ice-cream treats in the back corner; the long counter with stools, where I used to sit and spin until I was told to stop. It was about a mile-long walk, reserved for special occasions. On that bright fall morning, we strolled up Spring Street—a beautiful street lined with huge oak trees—and talked about fractions, though I wouldn’t have known to call them that. We were puzzling over—or, rather, I was puzzling over—how to fairly divide a pie (probably one of the Corner Confectionery’s apple pies). My dad, a mathematical physicist, a man with an active mind, but one of few words, was a gentle guide, letting me think through things on my own.

We took our time walking, and we also took our time thinking and talking about the basic properties of numbers. In my head, it was easy to cut the pie in half, and then in half again, and again: two, four, or eight pieces. But, somewhere near Main Street, I got stuck on how to reliably create three, five, or six pieces. I started thinking about making bigger numbers out of smaller numbers. This leisurely walk through the neighborhood soon led me to the exciting idea that twelve was a great number. Twelve could be divided by one, two, three, four, and six. That’s a lot of numbers! If I had a pie cut into twelve pieces, it would be easy to divvy up dessert for many different-sized groups of friends. By the time we crossed the railroad tracks and arrived at the door of the Confectionery, I thought that I had made a remarkable discovery: Everyone! Stop! We need to think about the world in terms of twelves!

Check out Dan Rockmore's entire article over at The New Yorker.