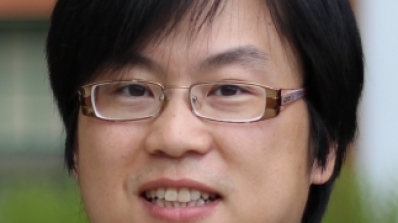 A Smartwatch That Works With One Hand

Smartwatches can be handy—perhaps too “handy,” given that they require both hands to operate. That can be a problem if your other hand is full, nonfunctioning or missing.

Researchers have tried a variety of approaches to help smartwatch users who lack a free hand, such as putting acoustic sensors on the watchband to capture inputs from finger-tapping. These efforts have concentrated mostly on enabling discrete commands, such as moving down a list of songs one at a time. Voice commands also can work for such functions, although the noise of speech isn’t always welcome.

Scientists at Dartmouth College and the University of Manitoba have been working on another approach: enabling continuous input—such as drawing letters and shapes or panning across a map—of the kind more typical of using a mouse or stylus. They hope to avoid relying on a lot of arm-tilting for these motions, since that tends to take the screen out of view.

The solution that the researchers hit upon is to use the watch-bearing wrist as the socket of a human joystick formed by the hand. The range of motion permitted by the wrist makes it possible to exploit continuous hand movements, which can be mapped to continuous operations on the smartwatch. Moving the hand in predetermined directions allows for rapid scrolling through contacts or songs, moving back and forth across a map, or writing a single letter that could prompt the device to show all names starting with that letter. Hand movements can even be used to play games on the watch.

The scientists call their approach WristWhirl. They have created a prototype that relies on a band equipped with a dozen infrared proximity sensors, a vibration sensor and a cheap microcontroller board. The wrist-as-joystick functions are activated by a finger-pinch, which the prototype can detect. The same finger-pinch deactivates the joystick, enabling normal wrist movements without controlling the watch.

Working with their custom-made smartwatch (a 2-inch screen serving as the monitor for a laptop computer), the researchers created a gesture application allowing users to access the watch’s built-in shortcuts with wrist gestures. The scientists also created a music app that would respond to wrist gestures, allowing a song to be selected by double-tapping thumb and index fingers. In their custom map app, images could be panned and zoomed. Their game app, meanwhile, permitted Tetris to be played using wrist movements.

In experiments with 15 right-handed young adults, the scientists found that the volunteers readily learned a handful of simple gestures that they could perform even while walking. The volunteers took an average of just less than one second for each gesture—and performed slightly faster when their hand (and watch) were alongside a leg and out of sight. The participants’ facility suggests that the technology could be useful for eye-free interactions with the watch, whether while driving, at meetings, for recording observations or for the visually impaired.

Could all this wrist-flexing lead to repetitive-stress injuries in avid smartwatch users? Xing-Dong Yang, one of the authors of a new paper on the research, says that he can’t rule it out, but he doubts that it will be a huge problem. The goal, he notes, isn’t to replace the touch screen or other input systems but to provide a new method of one-handed operation when it could be useful.