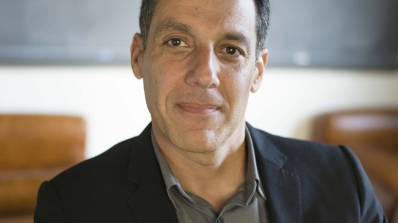 Prof. Farid Named to NH Magazine's People of the Year

“What is truth?” asked Pontius Pilate at the trial of Jesus Christ. You’d think that in the past two millennia we’d have gotten better at knowing, but technology is a two-edged sword in this respect. “The forensics guy and the forger share similar skillsets,” says Hany Farid, a professor of computer science at Dartmouth College who is one of the foremost experts on unraveling the digital mazes constructed to conceal or alter images and sound. And tools of the trade that once belonged to the hacker are now available at the app store.

“Photoshop is getting better and better,” he notes, and with the speed of the internet, once a false image or sound bite is released it can go viral in hours. “Then it’s too late,” he says. “It’s out there.” His personal skillset has been used in many high-level cases and government matters, but increasingly it’s needed in cases of medical malpractice, civil disputes and divorce. “With digital media permeating every aspect of our lives, it’s a fair question to ask, ‘Is it real?’” says Farid. And he’s sometimes called in not to prove an image is phony, but to determine that one is authentic. For instance, in child pornography trials, if no actual child was used in the production of the video or image, then it is protected as free speech. This takes his algorithms and his eyes into some pretty dark places, says Farid. He credits the beauty and tranquility of New Hampshire with keeping him positive. “There’s something peaceful and restorative here,” he says. “I can’t tell you how much I value that.”