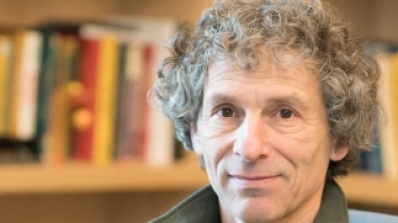 We live in an invisible ocean of microbial diversity and menace.

The Hidden Life of Viruses

In an article published by Nautilus, Daniel N. Rockmore, professor of computer science and mathematics at Dartmouth, and David Krakauer, professor of complex systems at the Santa Fe Institute, describe how "the COVID-19 crisis has made the dark energy of evolution visible."

They draw parallels between the vast unexplored areas of science, both on the large scale, i.e. galaxies and dark matter as well as on the small scale, i.e. the microbial world of bacteria and viruses.

In both cases, science for a long time was unaware of much of the matter in their respective fields, may it be the dark matter holding together galaxies or the microbes that contribute a large percentage of living matter on earth. Dan and David argue that "our all too human tendency to focus on what is directly or instrumentally visible, or of comparable scale to ourselves, has blinded us to both the largest and smallest scales of the universe."

Read the full article at Nautilus!