Longfei will present two examples of his research on pushing the limits of wireless connectivity for IoT devices. 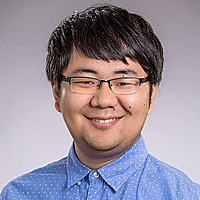 Abstract: One vision of the Internet of Things (IoT) is to connect the physical world to the digital world. While functional innovations on IoT devices are going full steam ahead, the network stack of existing IoT devices still lacks primitives to support the desired wireless connectivity. In this talk, I will present two examples of my research on pushing the limits of wireless connectivity for IoT devices. I will first talk about PLoRa, a software-hardware co-design that enables outdoor IoT devices to communicate with each other at almost zero power consumption. I will then move to the indoor environment where the power is no longer an issue but the wireless link is notoriously unreliable. I will talk about LAIA, a software-defined radio control system that reconfigures the wireless channel itself (as opposed to optimizing transmission signals) to improve wireless connectivity for indoor IoT devices. Finally, I will conclude with a future research vision centered around building low-power, secure, and scalable IoT systems.

Bio: Longfei Shangguan is a senior researcher at Microsoft, Redmond. He obtained his Ph.D. degree from the Hong Kong University of Science and Technology in 2015. His research interest lies in IoT and low-power systems, from building novel IoT applications, solving security issues, all the way down to optimizing the network stack and designing low-power IoT hardware. His work has been published at system and networking conferences such as SIGCOMM, NSDI, NDSS, Mobicom, Mobisys, etc.