Justine Cassell - What Conversational Interfaces Could Be

"Conversational Commerce" is a meme that just won't seem to go away. And within conversational commerce the new buzzword is "empathy" - systems as diverse as smart speakers... 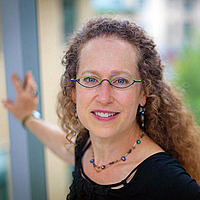 "Conversational Commerce" is a meme that just won't seem to go away. And within conversational commerce the new buzzword is "empathy" - systems as diverse as smart speakers and websites that generate insurance quotes are said to be empathetic.  However, as Inigo Montoya so aptly said "I do not think it means what you think it means." In this talk I'll discuss where conversational interfaces have come from, where they are today, and where they could go tomorrow if we learn how to really create bonds between computational systems and their users.

Justine Cassell is currently on leave from Carnegie Mellon to hold the founding international chair at the PRAIRIE Institute on Interdisciplinary Research in AI, in Paris France. Before going on leave, she was Associate Dean of Technology Strategy and Impact in the School of Computer Science at CMU, co-director of the Simon Initiative on Technology-Enhanced Learning, and co-director, with Professor Tom Mitchell, of the Yahoo (Oath/Verizon) InMind Project on the Future of Personal Assistants. She is Director Emerita of the Human-Computer Interaction Institute at CMU. Previously Justine was faculty at Northwestern University where she founded the Technology and Social Behavior Doctoral Program and Research Center. Before that she was a tenured professor at the MIT Media Lab. Justine has received the MIT Edgerton Prize, Anita Borg Institute Women of Vision award, the AAMAS Test of Time paper award, and the National Academy of Sciences Henry and Bryna David Prize. She is a fellow of the AAAS, Royal Academy of Scotland, and the ACM.