The Implications of (Near) Human-Level Language Generation by Computers

In this talk, I address two concerns about neural text generation systems. 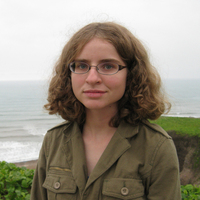 Abstract: One of the oldest goals of artificial intelligence is to have computers that can use language with human-like ability. State-of-the-art massive neural networks produce remarkably high-quality text. Does this mean we have achieved AI’s longstanding goal? In this talk, I address two concerns about neural text generation systems. First, I present a large-scale, systematic study of how humans and automatic classifiers fare at detecting generated text. I show that the strategies used to produce text that is harder for humans to detect result in generated text that is more detectable by automatic systems. Second, I describe how neural language models are capable of memorizing significant amounts of their training data (potentially raising privacy and copyright concerns). I show that deduplication of training data is an effective mitigation strategy. Despite their limitations, human-level text generation systems provide very exciting opportunities, especially in the area of human-AI collaboration–where language generation tools are used to assist rather than replace human writers. I present Wordcraft, an AI-assisted writing tool developed in collaboration with colleagues at Google, that gives a glimpse into the future of next-generation word processors.

Bio: Daphne Ippolito is a final-year PhD student at University of Pennsylvania and a research scientist at Google Brain. She is co-advised by Professor Chris Callison-Burch at UPenn and Principal Scientist Douglas Eck at Google. Her research focuses on large-scale neural language models for text generation, spanning multiple dimensions, including decoding strategies, evaluation methods, and use in creative-writing applications. During her PhD, she has published over eight papers at top venues, including ACL, EMNLP, and NeurIPS. She has also TA'd classes ranging from freshman programming to graduate-level NLP and computer vision. Prior to UPenn, she completed her bachelors at University of Toronto.